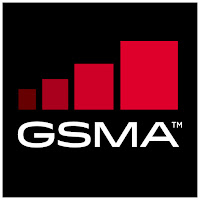 (BUSINESS WIRE)-- The GSMA today announced that Mobile IoT or Low Power Wide Area (LPWA) networks are now globally available in licensed spectrum in 49 markets1 around the world following 93 launches by 50 different mobile operators across both LTE-M and NB-IoT. Coverage is now expected to reach approximately 93% of the world’s largest IoT markets by Q2 20192. According to GSMA Intelligence forecasts, by 2025 there will be 3.5 billion cellular IoT connections, including 1.9 billion licensed LPWA connections3.

“The speed with which these networks have been standardized and deployed around the world is staggering. They are now available in every major IoT market encouraging the development of innovative new products and services across a wide range of sectors,” commented Alex Sinclair, Chief Technology Officer, GSMA. “The market clearly sees the benefit of solutions in licensed spectrum that offer flexibility, adaptability, security and lower cost. They are also future proofed for the 5G era and will support and co-exist with other 5G technologies.”

The GSMA Mobile IoT Innovators community has also reached 2,100 developers from more than 1,300 companies around the world. The official community is an ecosystem that unites operators, vendors, manufacturers and developers around LPWA technologies in licensed spectrum and supports the development and creation of innovative new products and services that utilize these technologies. Please find out more at the Mobile IoT Experience at 4YFN MWC’19 go here for further information: https://www.gsma.com/iot/mobile-iot-innovators

Backed by over 100 mobile operators and vendors, the GSMA’s Mobile IoT Initiative4 has helped to align the mobile industry behind licensed, standardized and complementary Low Power, Wide Area (LPWA) technologies called LTE-M and NB-IoT. These Mobile IoT networks support mass-market IoT applications such as smart meters, environmental sensors and consumer electronics, that are low cost, use low data rates, require long battery lives and often operate in remote locations. They are designed to support mass-market IoT applications across a wide variety of applications such as industrial asset tracking, safety monitoring, water and gas metering, smart grids, city parking, vending machines and city lighting. The GSMA also recently launched the GSMA APAC IoT Partnership programme to help mobile operators and partners in the Asia-Pacific region to accelerate the adoption of IoT by facilitating the sharing of innovation and ideas, promoting regional leadership and providing access to open labs to test new use cases. The GSMA has also released a document highlighting some innovative LTE-M and NB-IoT use cases in Asia: https://www.gsma.com/iot/mobile-iot-asia-pacific-case-study/

The GSMA Internet of Things will also host a seminar on IoT Security titled, ‘Future Proofing the Internet of Things – IoT Security Today and Tomorrow’ on February 26th at the Fira Gran Via. The in-depth session will see industry experts debate the importance of IoT security and examine how security must be embedded from the beginning and during every stage of the service lifecycle. The GSMA IoT Security Guidelines and Security Assessment have become the leading industry specification for securing IoT products and services, with 15 global operators adopting them in 2018.

The GSMA’s Internet of Things programme will also host a number of activities at this year’s MWC19 in Barcelona, including the 8th Mobile IoT Summit on February 24th at the Hesperia Barcelona Tower Hotel. The session will include IoT experts from AT&T, Huawei, Nokia, Singtel and Telefonica and explore how mobile operators and the wider ecosystem have successfully deployed Mobile IoT solutions. Please go here to register: https://www.gsma.com/iot/event/8th-mobile-iot-summit/. There will also a number of interactive Mobile IoT demonstrations at the GSMA Innovation City in Hall 4.

For more information on MWC19 Barcelona, including how to exhibit or sponsor, visit www.mwcbarcelona.com. Follow developments and updates on MWC19 on Twitter @GSMAEvents using #MWC19, on our LinkedIn MWC page www.linkedin.com/showcase/mwcbarcelona/ or on Facebook at www.facebook.com/mobileworldcongress/. Follow other GSMA news and activity on Twitter @GSMA.

The GSMA represents the interests of mobile operators worldwide, uniting more than 750 operators and nearly 400 companies in the broader mobile ecosystem, including handset and device makers, software companies, equipment providers and internet companies, as well as organisations in adjacent industry sectors. The GSMA also produces the industry-leading MWC events held annually in Barcelona, Los Angeles and Shanghai, as well as the Mobile 360 Series of regional conferences.